During the day, I'd keep the cats in the office, but once the builders left, I'd let them out to explore their changing surroundings.

It was funny to watch their reactions - they'd slink about, sniffing and expecting what ever was making the loud noises during the day to come back and give them a fright. Then I'd leave for the night, come back the next morning (before the builders arrived) and would find them, covered in dust, happily exploring all of the new nooks and crannies. Then we'd start all over again... 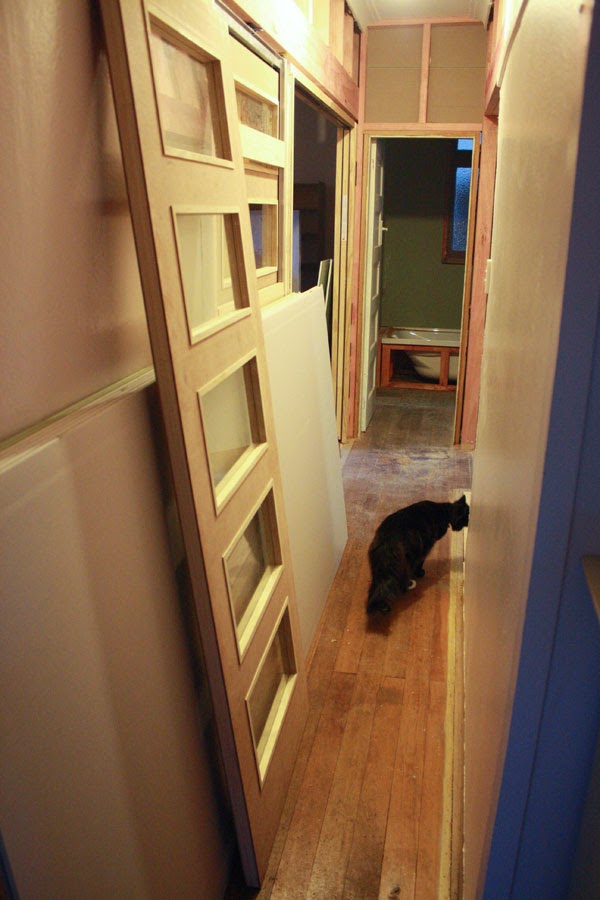 Monty, looking around nervously after being let out into the house for the night. Oh, and WALLS and DOORS!

We decided to take out the pinex board on the right side of the hall wall (not originally in the plan - see, always more things) and replace it with gib so that both sides of the hall would look the same (aka, nice and smooth). The wall on the right also wasn't straight, so that was fixed at the same time. 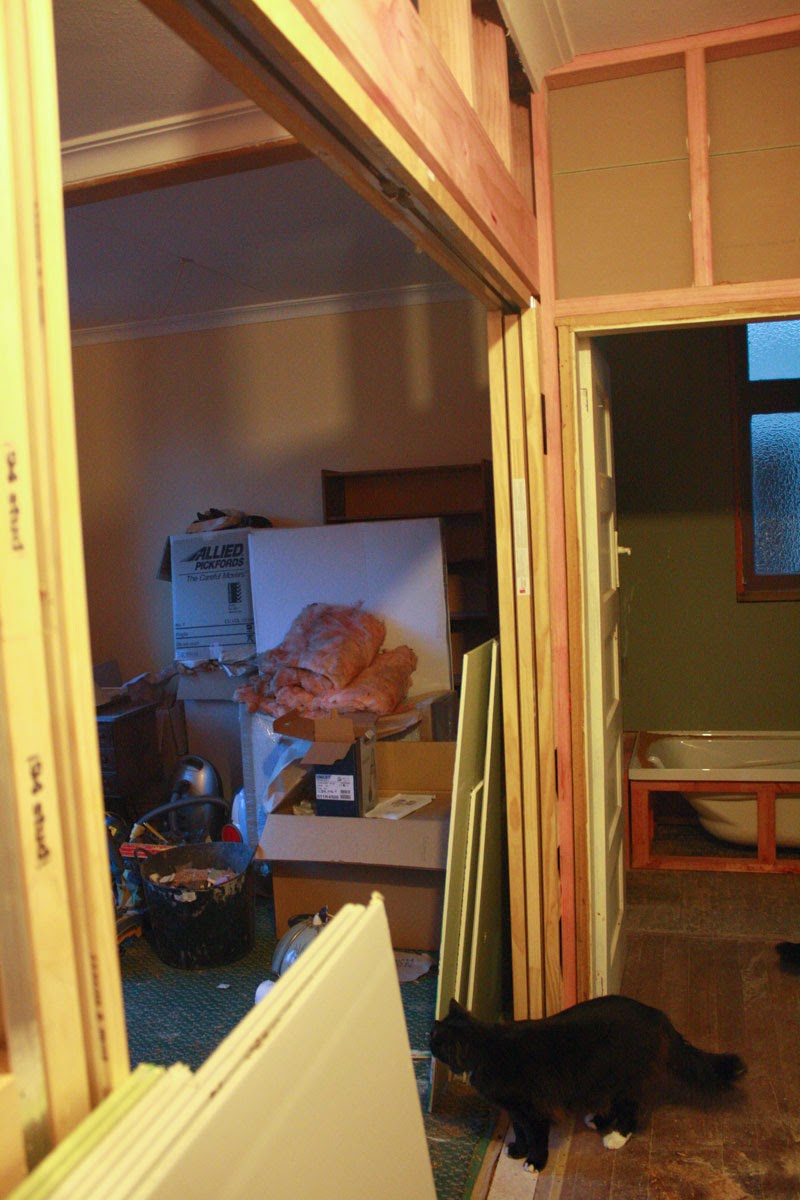 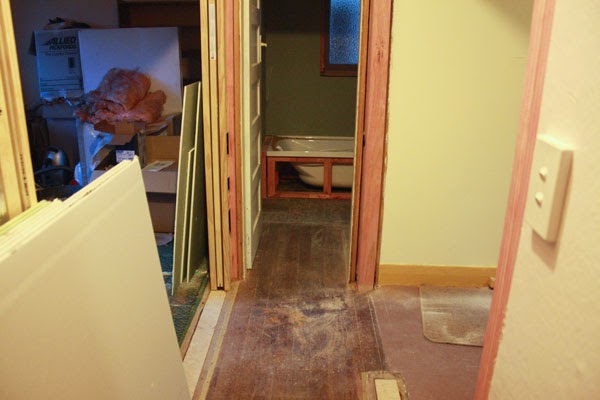 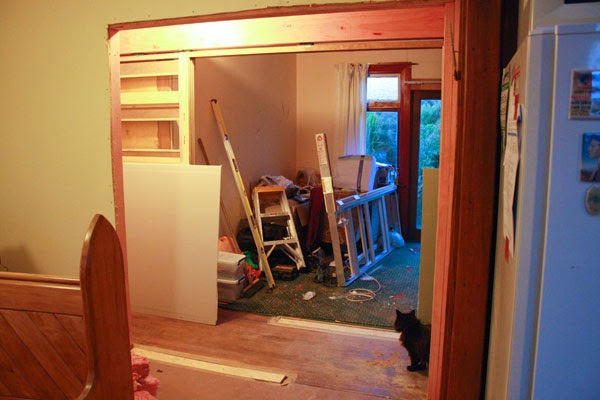 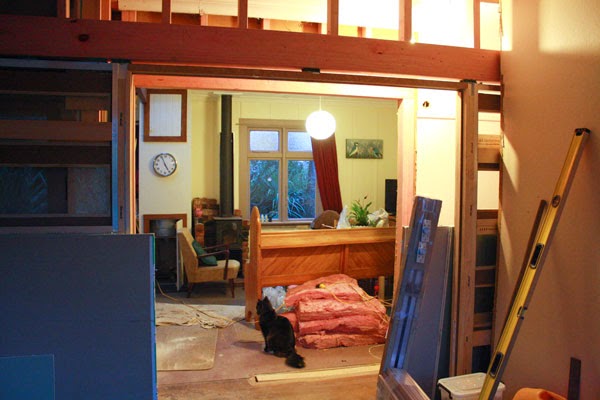 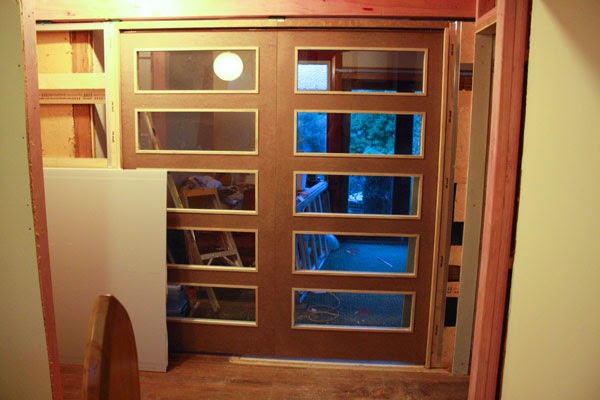 The lounge cavity slider doors are in! How awesome do they look?! We had to have them made especially, but we followed the design of the original doors throughout the house with the panelling. I love these doors...and they let much needed morning sunshine into the kitchen/lounge (well, when there is sunshine...).

The amazing thing about cavity slider doors is that they let you retain wall space (since the doors slide into the wall if you want to open up the room) and you don't have to factor in 'swing space' which was something David and I hadn't even considered initially (the plan was to buy a reclaimed set of french doors). When we had the builder come out to give us a quote, he suggested cavity sliders, and we're so glad we went down this route. 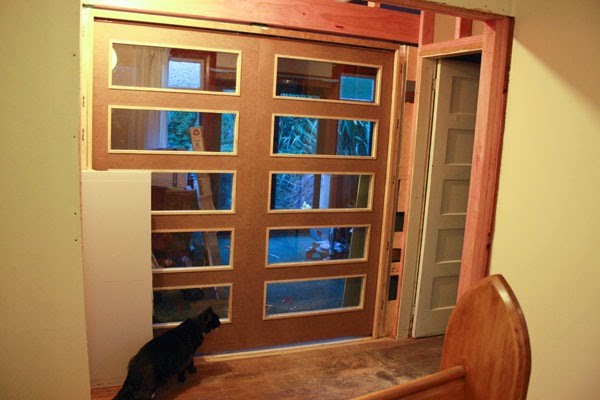 Seeing the cavity doors next to the bathroom door - you can see where we've matched the panelling to try and retain some of the features throughout the house. 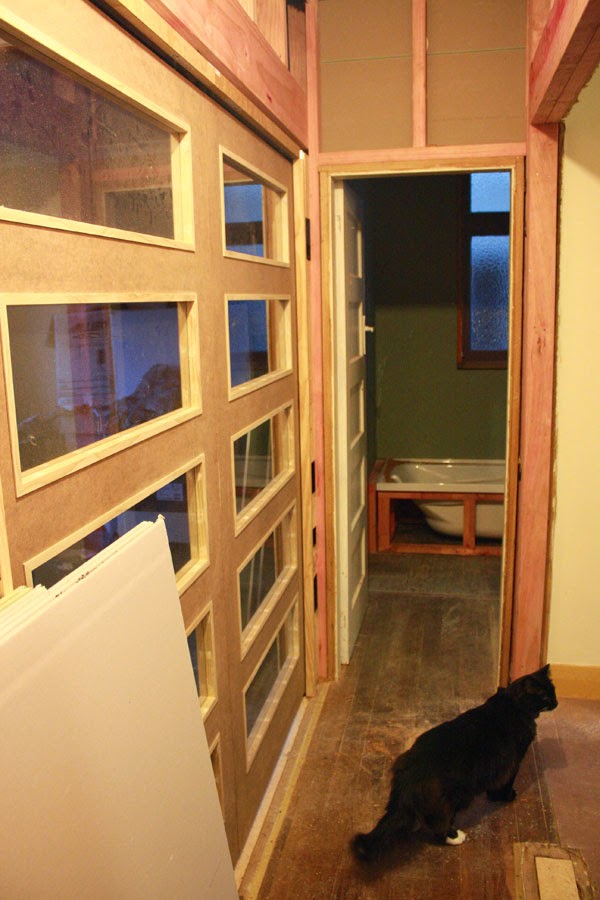 I feel like a garden post needs to come up next. The past few months has seen it change dramatically - raised beds anyone?

Labels: how long is this going to take?, we don't know what we're doing