All the Little Bits...

Aside from the quite major renovations of replacing an entire bathroom, taking out 2 walls and putting in 2 cavity slider doors, there were several other things we needed to address with the house as well (not mentioning that the roof needs replacing, and that the electricians found some old wiring in the house, even after it passed it's electrical test that was done prior to us buying the house. See, always more things!!).

Oh, no wait a second, then there was the time that the plumber told me the hot water cylinder was leaking and that we'd need to replace it. But that's also a post for another time.

Onwards to the photos me thinks - reliving all that work above is giving me heart palpitations. 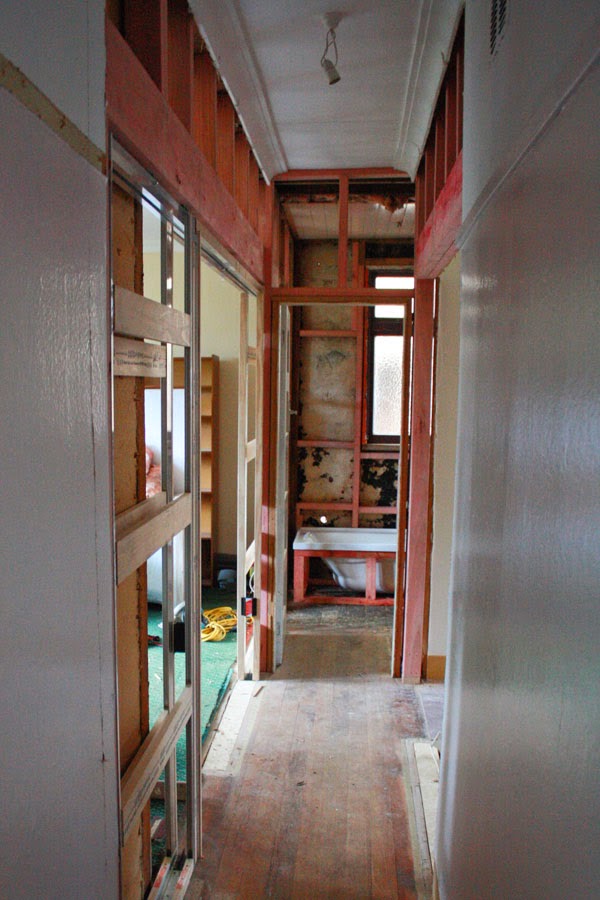 Oh Hai there bath!! And what the outside plaster covering the house looks like from the inside... 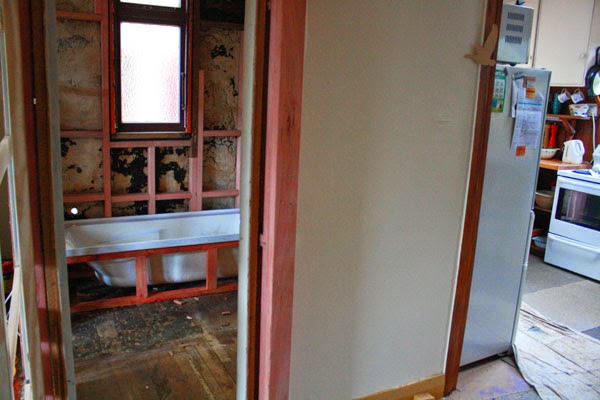 I've since made the revelation that the bathroom is now officially the most insulated room in the entire house. Building paper was put against the inside plaster on the wall, then pink bats, then aqua gib, then several layers of special stuff to make the tiles stick to the aqua gib, then plaster and tiles and finally grout. Mmmmm, toasty. 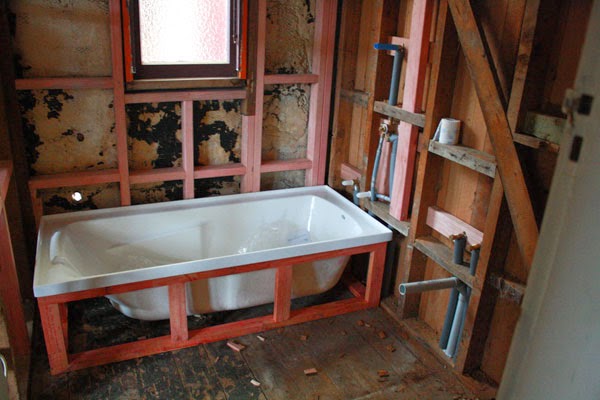 Plumbing has been installed! 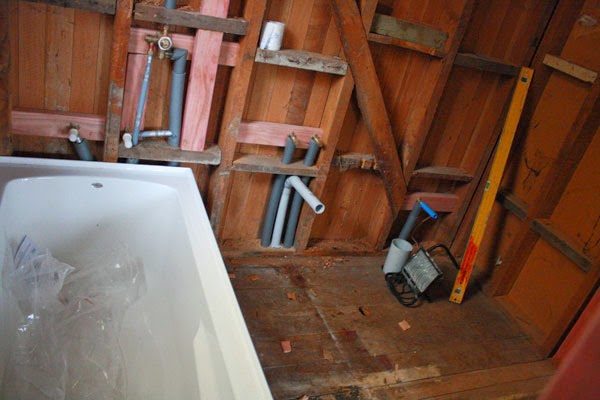 The new toilet sits in the corner on the right, where the level is currently hanging out and the vanity sits in the middle of the toilet and bath. 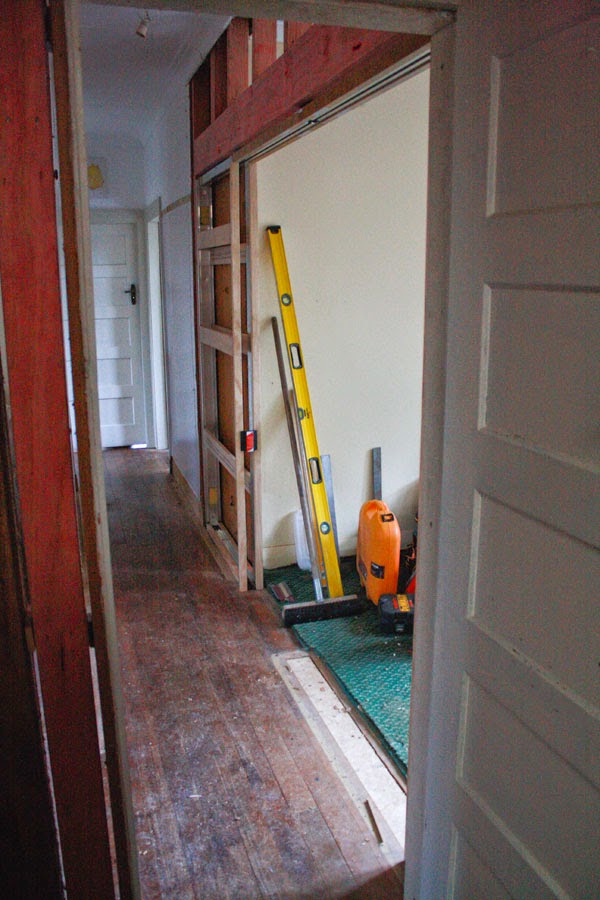 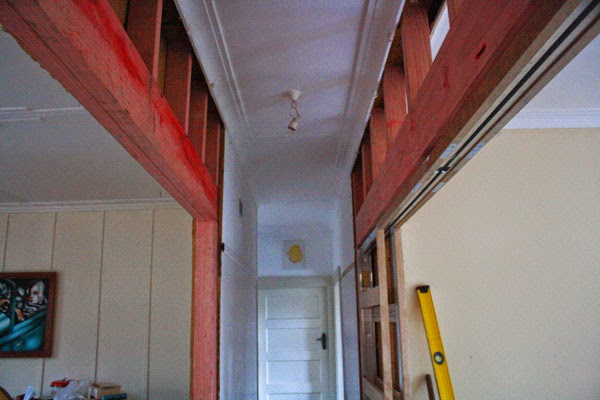 Kitchen/Dining room on the left. Straight ahead is the door to the office/library. To the right, the lounge. 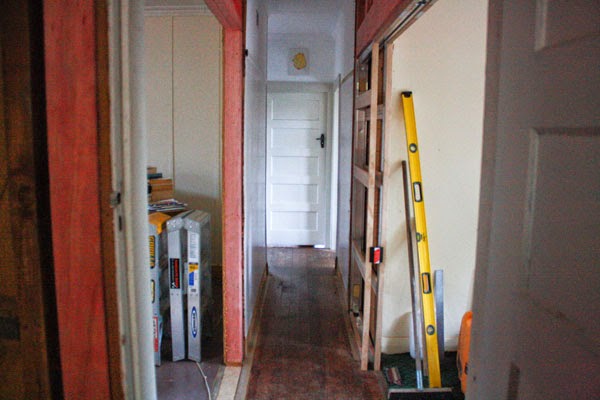 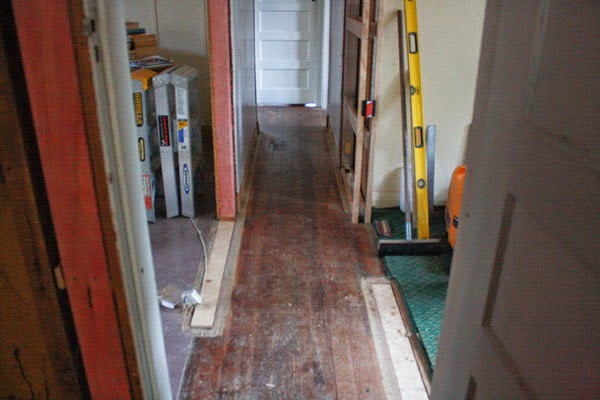 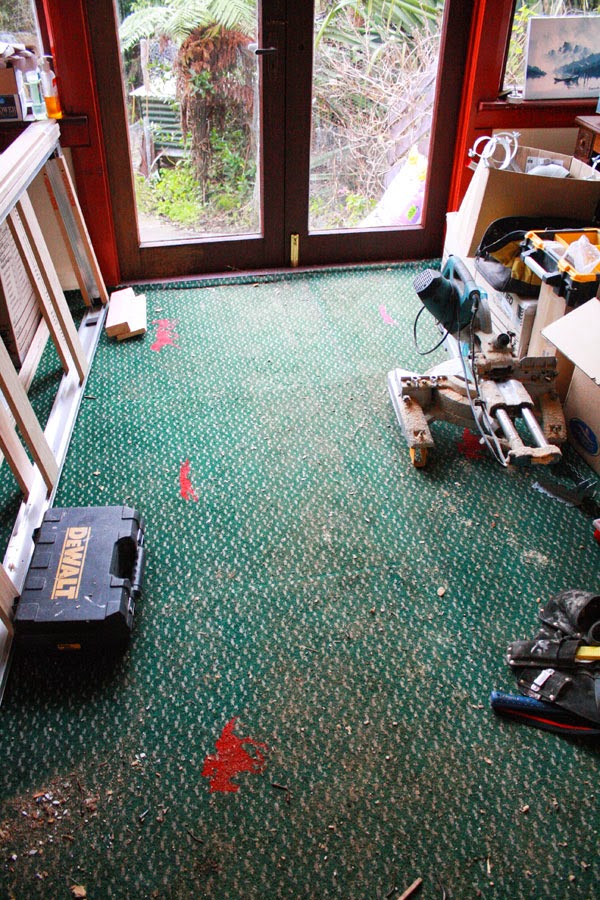 Er, I guess it was a good thing we decided not to keep the racing carpet then? (Spot the chook house?) 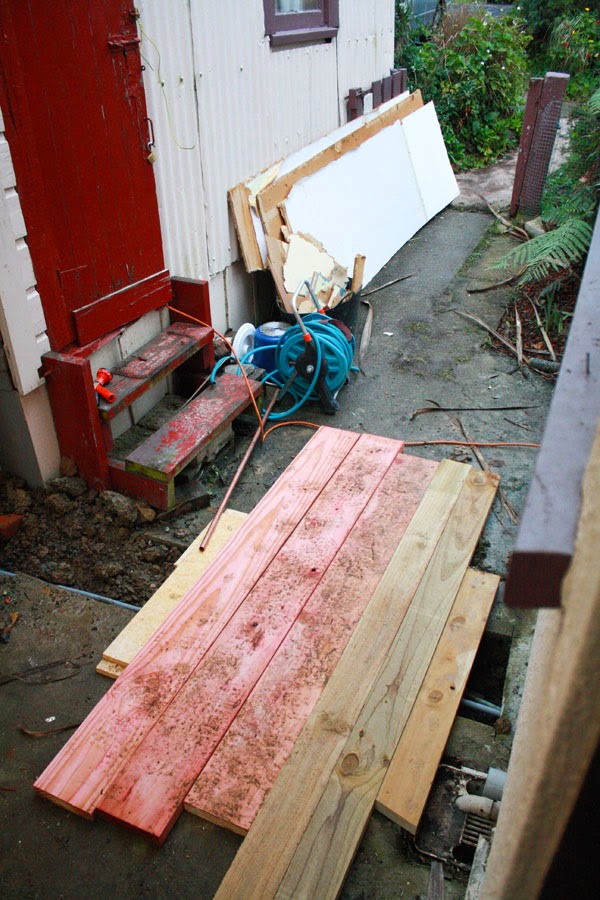 Oh dear. This section of the outside of the house was probably the ugliest bit of the house before it got all cut up (and it's the bit we use as the entrance to the house, I'm standing in the kitchen door taking the photo above). But with a huge section of the concrete path being cut up, mud, dirt and (for lack of a better word) building crap everywhere, it was a bit of a sorry sight. (Spot the old pinex board that used to cover the hall!) 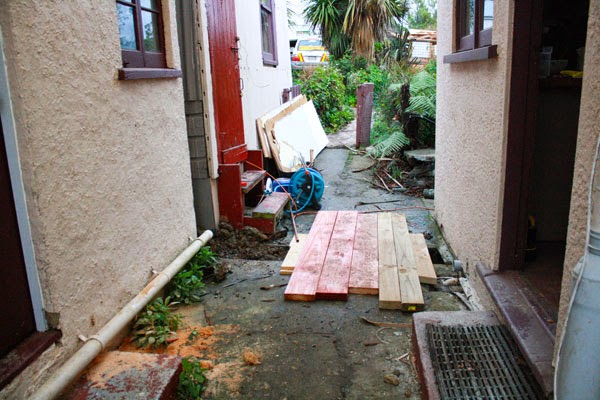 That pipe running down the side of the laundry on the left has now gone. It was the pipe that drained all rain water from the roof into the mains water waste (currently hidden by bits of wood) except that all that water would spill onto the path instead, and not into the drain. That's the kitchen door on the right.

I'm not sure I actually got any good photos of this outside section of the house before the work started, which is really annoying because now that all the pipes have been taken away (and re-routed to under the house/concrete path) this section already looks so much better than it did. I'll need to hunt through my epic number of photos to see if I can spy anything.

Labels: I need ALL THE WINE, I need wine